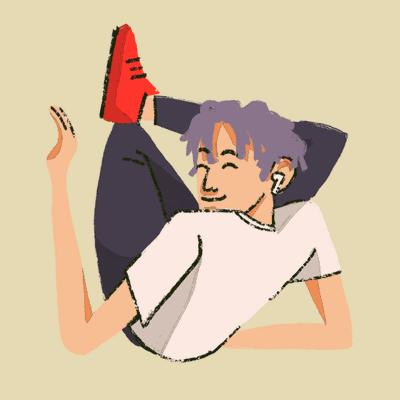 It delegates the heavy lifting to the base contract implementation (in this case, OpenZeppelin). _safeMint is responsible for matching the ERC721 spec: it does some checks, stores data about ownership, emits events and calls callbacks.

But you don’t want to allow anyone to call this function without any limitations. Here are the 5 most common things that developers add to their mint function:

To receive payments in the native currency (i.e. $ETH on Ethereum, $MATIC on Polygon, etc.), mark your mint function as payable and verify the amount is correct:

How do you get the money out though? The best practice is to add withdraw function to your contract that allows you to pull the funds out when needed:

To make NFTs exclusive, most projects add a supply limit, e.g. “there can’t be more than 10K items”. The easiest way to do it is inside the mint function:

Be careful though. If you have multiple mint functions (e.g. publicMint, teamMint, etc.) make sure the limit is enforced in all of them.

Famously, BAYC contract doesn’t enforce the supply limit when called by developers, so they had to give up contract ownership.

Currently, anyone can call our mint function. This is fine, unless you work on a high profile drop. For popular projects, bots and automated scripts will try to snipe NPFs before humans can, causing massive gas war and frustrations to everyone except the clever hackers.

There are several ways one can limit who can call the mint function:

All these methods deserve a separate post. Especially signed mints, there’s a lot of ways to get it wrong. I’m working on the new post right now, so please sign up 😉

But here’s one thing NOT to do. Back in the old days developers used a simple gate like this:

The idea was to only allow external wallets to mint (not smart contracts). But this causes more troubles that it’s worth. First, it’s not effective, as hackers can always spin up an unlimited amount of wallets. Second, this prevents smart wallets and multisig contracts from interacting with your NFT.

If bots are the concern, use proper gating to verify “humanness”.

Here’s the simplest way to allow developers to control the sale status:

This is often used to start sales on a specific date and time. It’s also useful to pause the minting if something is wrong.

There are more complex ways to control the sale status. E.g. Rings (for Loot) has several minting stages, Zora’s Zorb only allows minting during hardcoded timestamps.

This is the place where the actual minting happens. The heavy lifting is usually done by the library you are using, but there are a few important details.

OpenZeppelin has 2 functions for this _mint and _safeMint. What’s the difference?

Unless there’s a really good reason, projects should use _safeMint.

There’s one detail about _safeMint though. Consider the following code:

It tries to enforce that each address can mint only once (which is a bad idea for many reasons, but let’s run with it). The problem with this code is that if a malicious contract calls mint, our contract will call the attacker’s onERC721Received callback, which can call our mint function again before it updates hasMinted!

This bug allows the attacker to mint more tokens than we wanted them to.

To avoid this, many new developers use ReentrancyGuard contract from OpenZeppelin and nonReentrant modifier. Don’t do that! It makes minting more expensive, and there’s a very simple way of fixing the re-entrancy issue:

Note that we update hasMinted right away, before potentially calling out to external contracts. Now, even if the Evil contract calls mint again, it won’t mint them another token because hasMinted for that address has already been set!

A good NFT contract mint function is structured like this:

Subscribe for more posts about building NFT contracts with Solidity